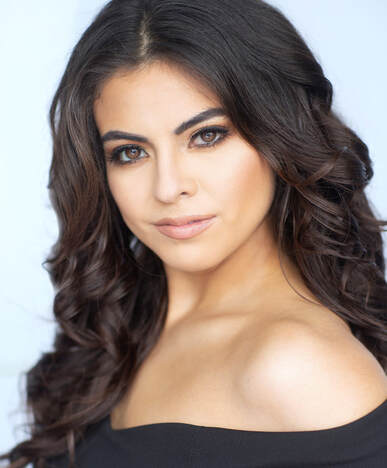 Was born in Texas in 1995, and moved to Detroit, Michigan in 2000. Now 24 years old, she has spent the last 7 years providing for herself by working as an independent contractor for the multiple Michigan talent agencies. The past two years she has sustained constant work for Homedics, Bissell and Amway Artistry.  She even appeared on set of Transformers as a body double for Isabella Moner. This spring she expanded her career by signing as exclusive print talent in Los Angeles for BBAgency and exclusive Indianapolis talent for Talent Fusion.

When not modeling, she spends time with her main passion; literature.  She discovered her love of books and self education early on when an infatuation with zoology lead to her finishing every book about lions in her elementary school and local district library. She moved onto 1700’s British fiction literature and general American and world history. She credits the knowledge from these books as the crutch she leaned on to validate vigilance and self-confidence during these years that were lined with unreported, repetitive abuse. She has a personal belief that every individual has a personal responsibility to become better than the environment they grew up in; a belief that when paired with admiration for General George Patton's, “do more than is required of you” leadership style, lead to the creation of a mentoring program.

She spent four years building and implementing Girls with Goals; an after school program to teach girls that through goal setting, time management, and financial planning, it becomes possible for an individual to regain control in the creation of their future.  She received praise from The Girl Scouts of America when presented with The Girl Scout Gold Award; an award received by fewer than 6% of Girl Scouts annually, national recognition with an award for Outstanding Community Service work from the US Department of defense signed by the Secretary of Defense.   She followed through with helping woman in her community recover from abuse, while working on her own healing.

In 2017, shortly after being diagnosed and starting treatment for PTSD, she was again the victim of a sexual assault; however this time she immediately reported the incident and followed it through from trial to conviction. In 2018 the attacker was sentenced to eight years in federal prison.

Laura finds strength in the words of wisdom from woman like Eleanor Roosevelt and learns decisiveness of leaders like Patton.  If she wins the title of Miss for America, she will pair her personal principles with the notoriety from the Mrs. American Organization to encourage others to pursue their happiest life with strength and confidence.